The Ironman European Championship, where Kienle won in 2014 before winning Kona, where Frodeno and Ryf won before winning Kona in 2015. And 2016 marks the 15th year anniversary of the race. The first Ironman race in Germany was held in Roth in 1988 but WTC severed its ties with Roth in 2001 and since then the race takes place in Frankfurt.

It is a bucket list race for the chance to see the pros participating and for the famous climb of Bad Vilbel, along with the paved section of “The Hell”, and the strong Germany crowd cheering athletes along the course.

My trip started in New York with the kids, suitcases and bike case, one very unpleasant attendant at the checking counter who charged me $150 for the oversize luggage, one connection in Amsterdam, and not enough sleep. 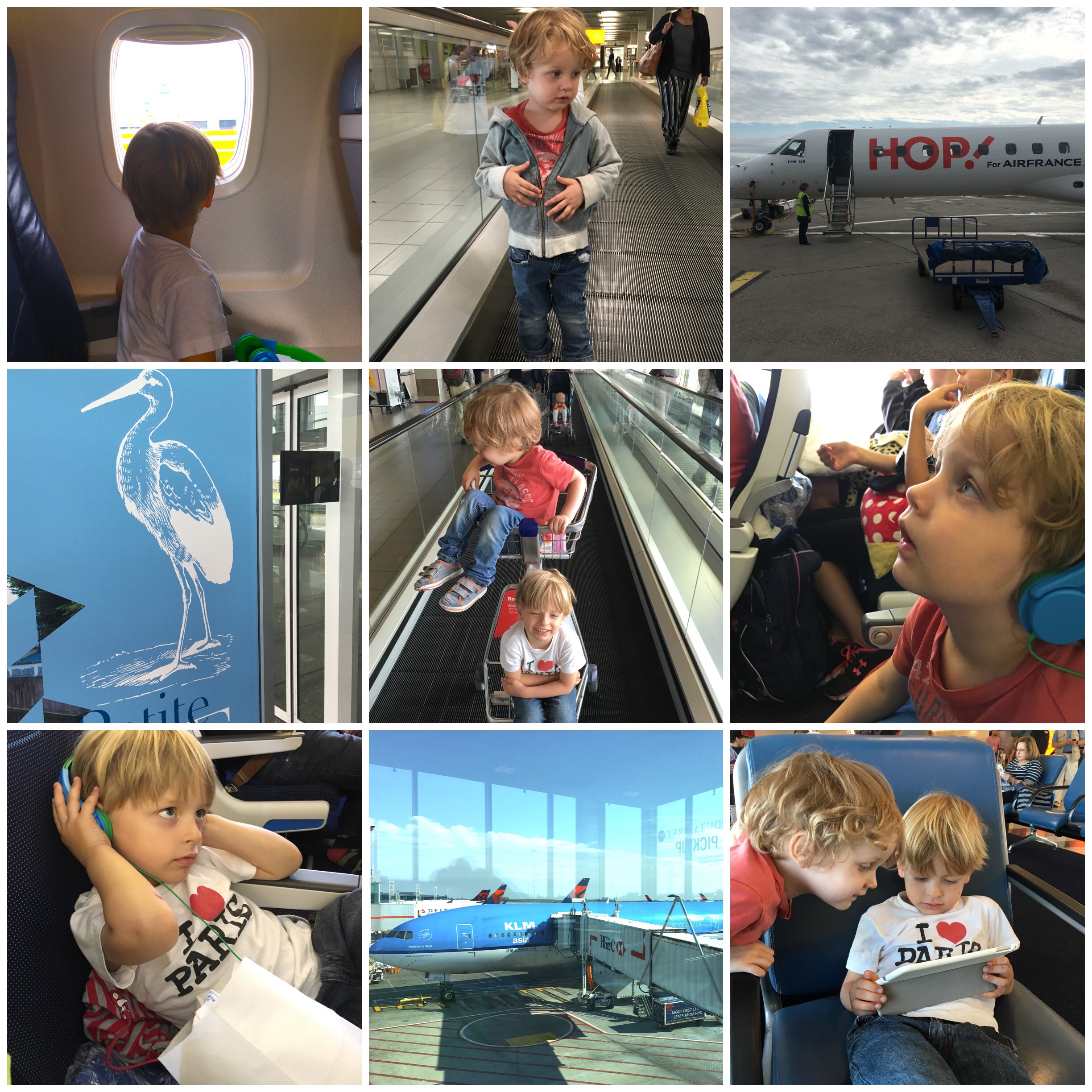 Frankfurf. The old city. The glistering building of the European Central Bank. 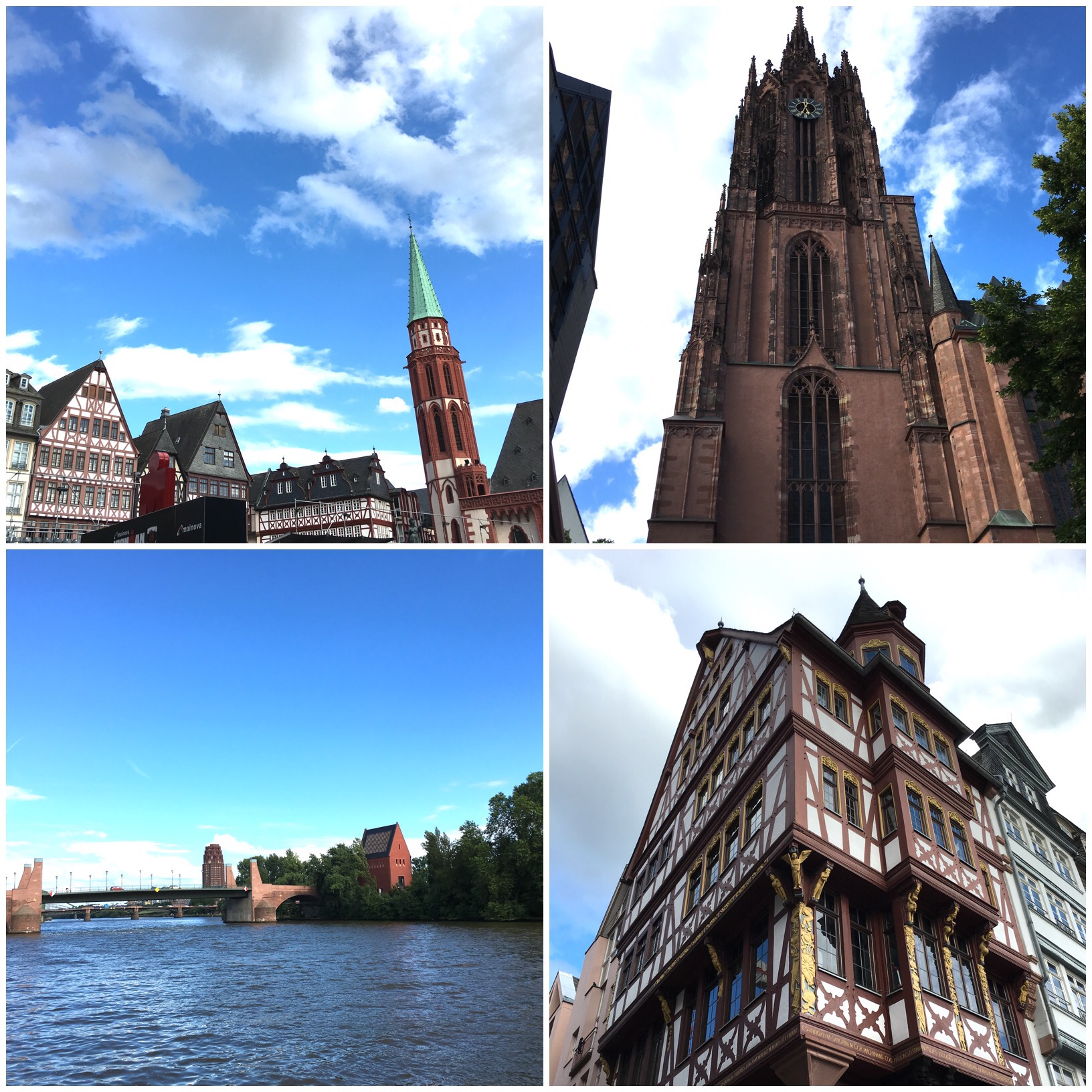 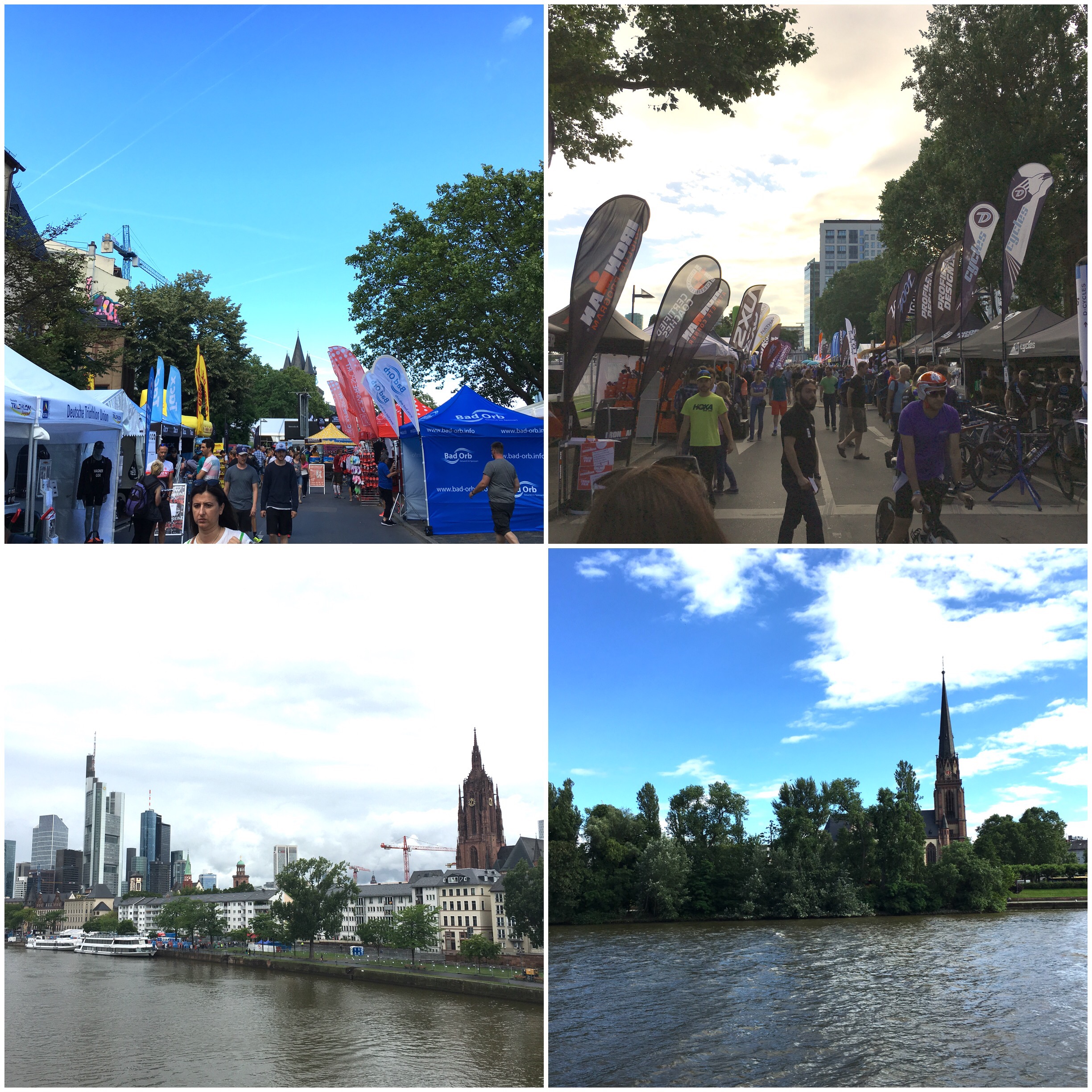 The race is organized around two transitions, which requires dropping the bike at T1 on Saturday. I smartly take my car as the organized shuttles are overcrowded. Last year some athletes complained about waiting for more than one hour (fee people in one bus given that the bikes are carried inside the bus !) but it seems they didn’t adjust the number of buses this year. Because of the massive rainfalls the Saturday morning, the transition is a mess. I rack my bike, dropped my two bags for race day (they handle the transfer of T2 bike to T2 back in town, or you can leave it there yourself). The transition is very large, but rather compact. 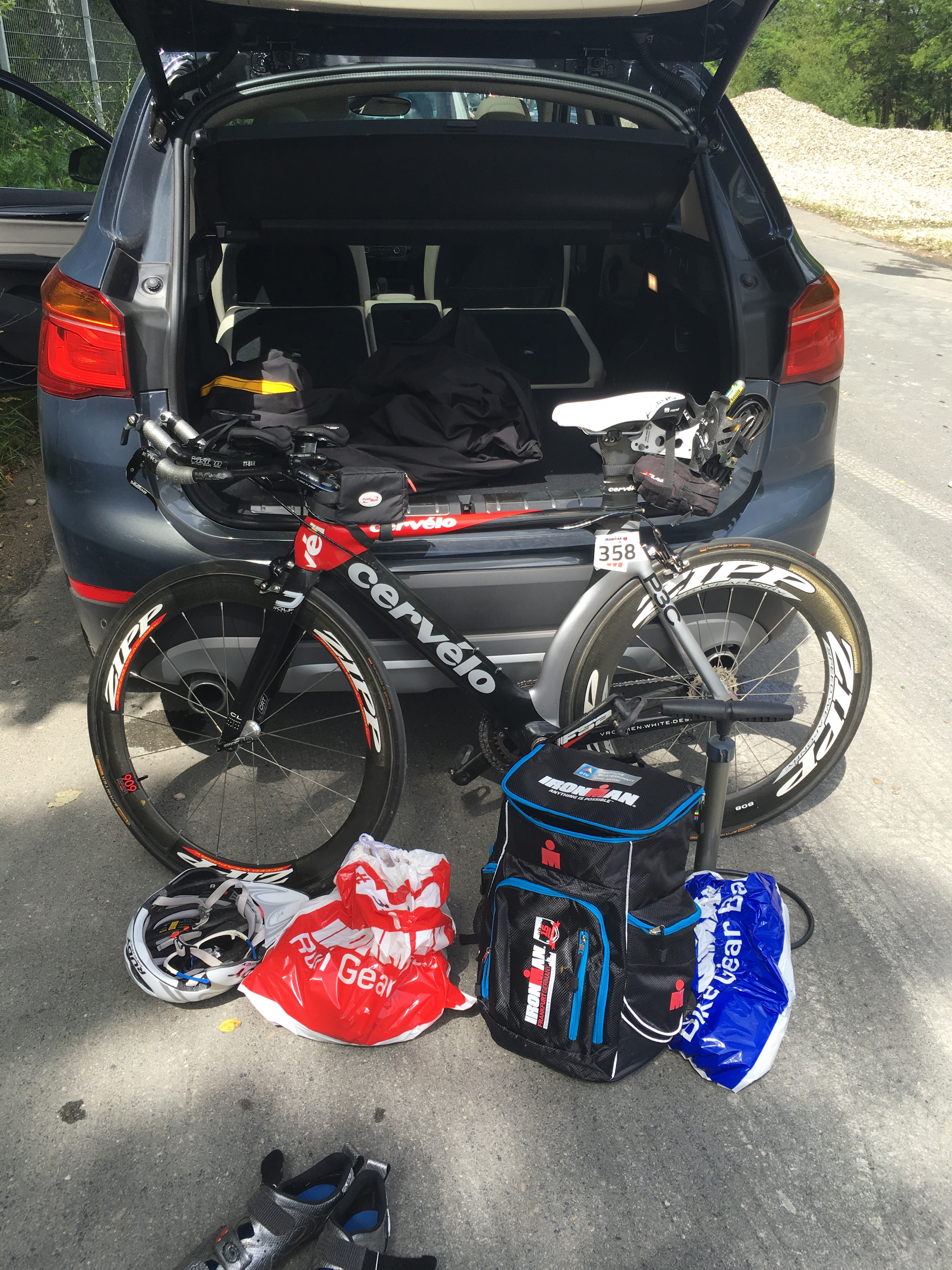 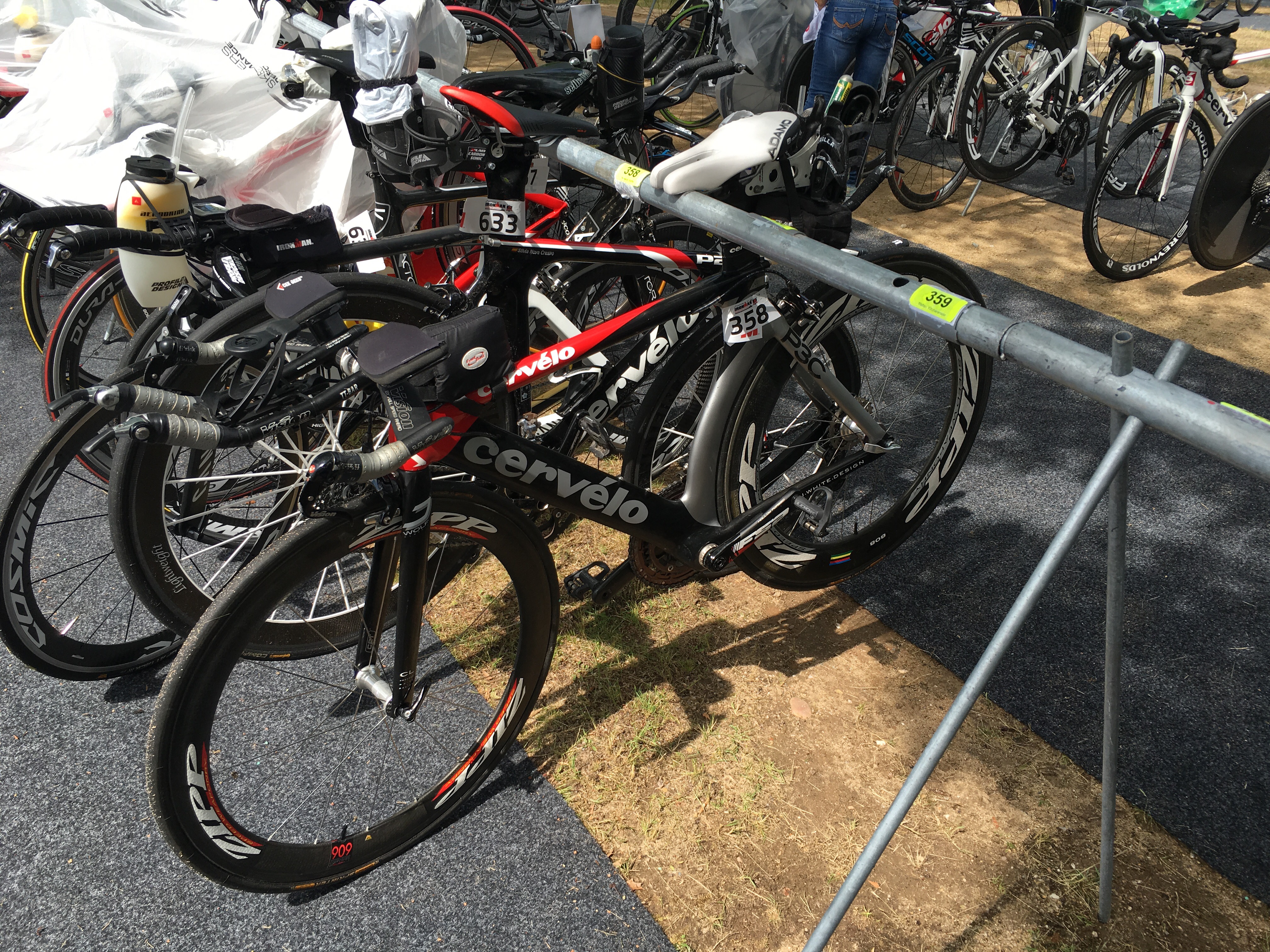 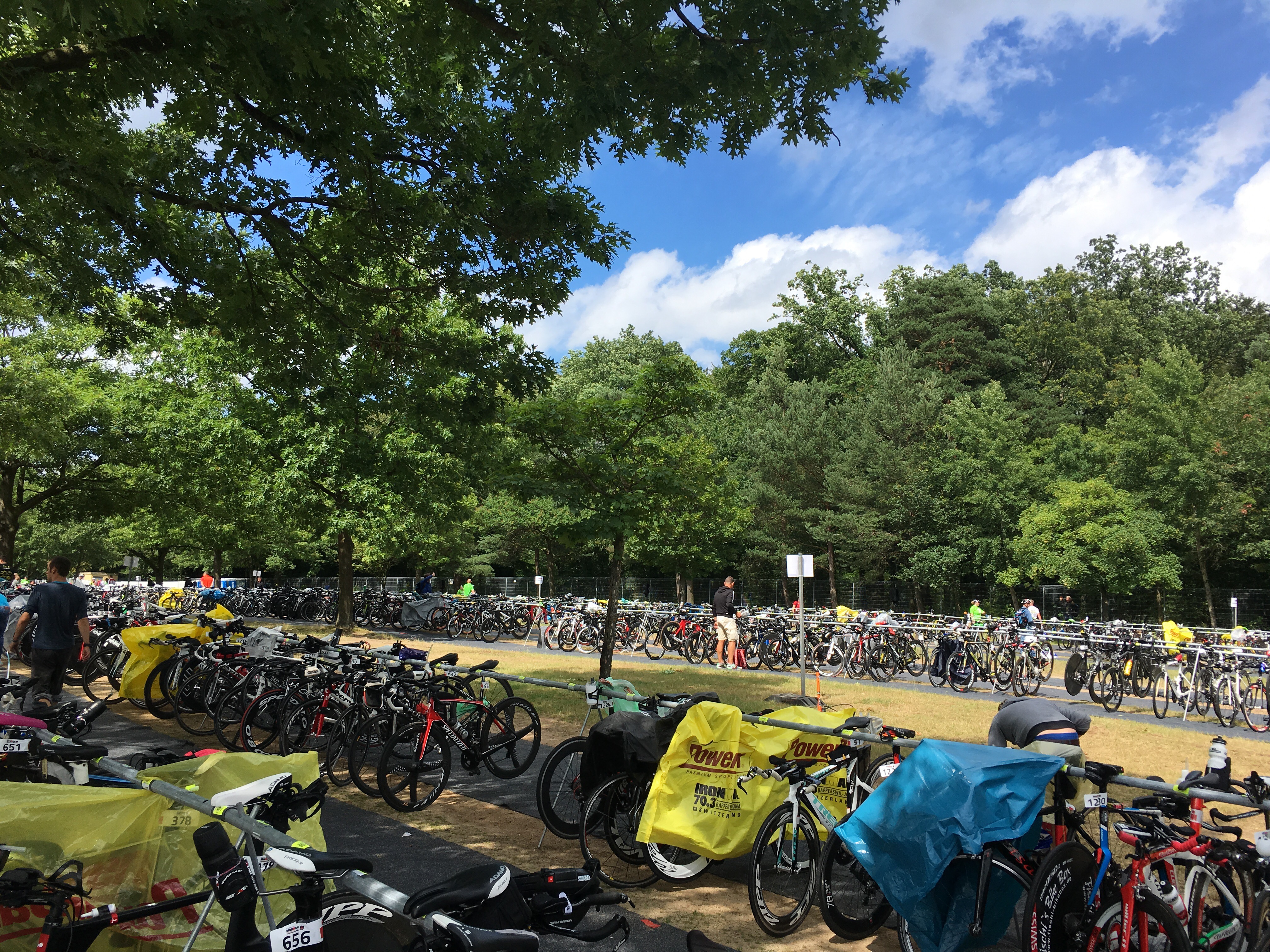 I go for a quick swim and am surprised by the warm temperature of the water compared to the cold weather. Time to go home, watch a movie, eat pasta, and go to bed. I smartly check my weather app and enter in massive panick mode when I see a rain forecast and much lower temperatures than expected. I don’t have any rain gear of course, so plan to change fully change into the only tshirt I have plus tri top and arm warmers. I would hate to be too cold out of the water and not be able to warm up. And I go to bed, hoping for the best. 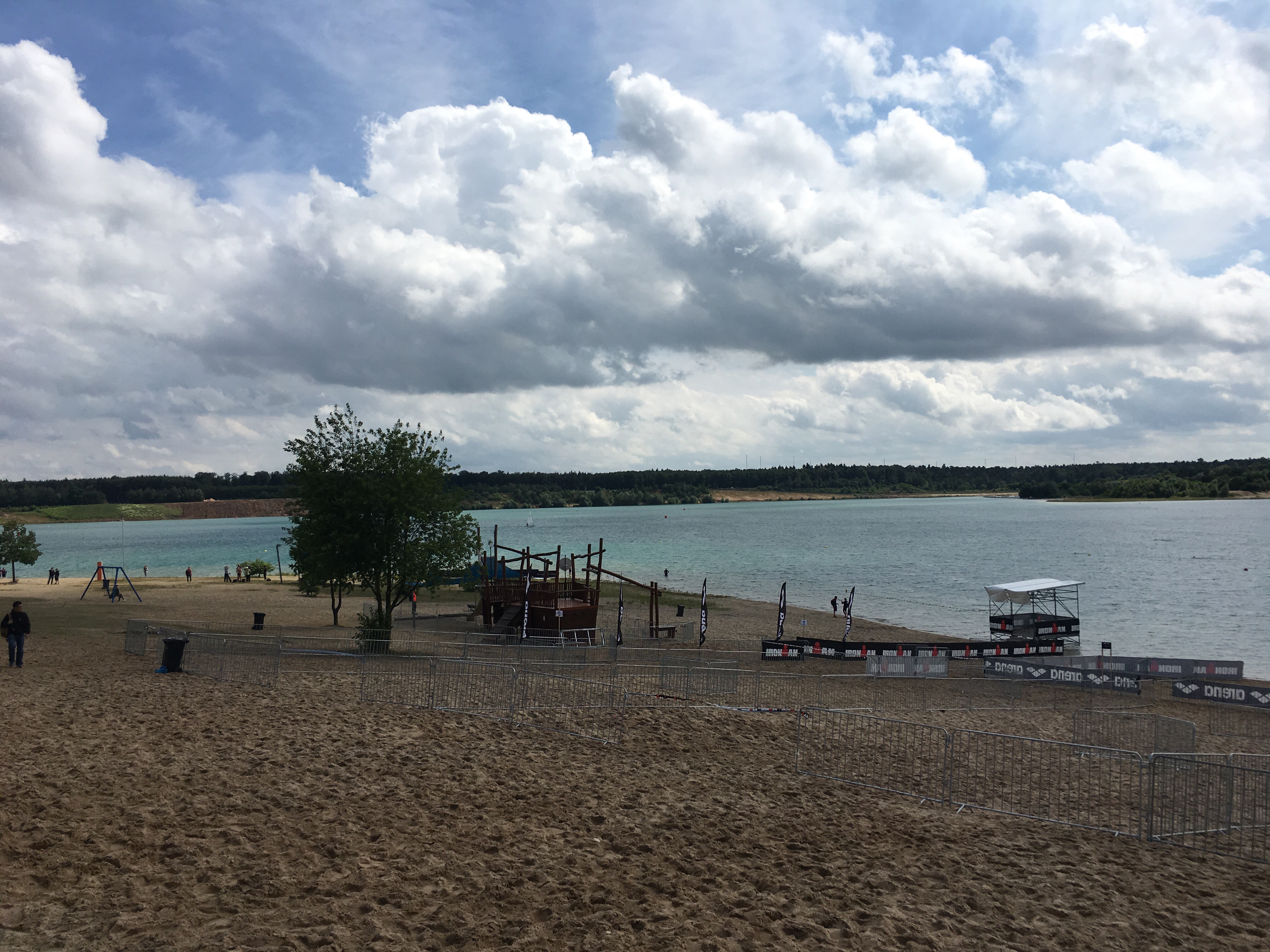 Race morning. I lazily wake up at 4.45am and stroll to the bus pick-up at 5.20am. The only bus there is already full. I’m told nonetheless to board it… and then 10 more athletes join us ! After 15mn we start, when the next bus arrives. We drive slowly and make it there at 6am., 30 minutes before the pro start and 45mn before the AG start. Time to put my extra gear in my T1 bag (luckily, accessible), wait a long time to use the restrooms (it wouldn’t be a real triathlon otherwise), and the pros start as I make my way to race start. 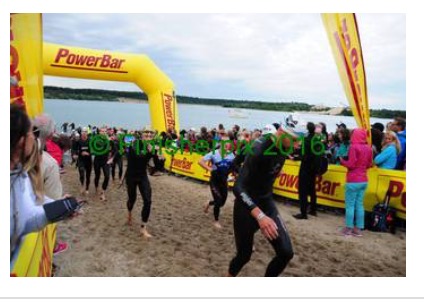 As this is a rolling start and not a mass start (more than 3000 athletes, would have been interesting…), I just position myself in the 1hr-1hr10 corral and wait for my turn – athletes go 10 by 10 every 2 seconds. After two great swims in 2009 and 2010 (1hr00) and nothing good after that, I wanted to swim closer to 1 hour. Water is warm, visibility null, but I feel relaxed for the first out and back, I manage to regularly “draft” a few feet, and feel good as we get out of the water for 30 feet (on rocks, arghh) and go back for a second, longer out-and-back where I swim “ok straight” and am amazed by the number of swimmers I see in front of me. Anyway I hold steady and exit the water in 1hr03. 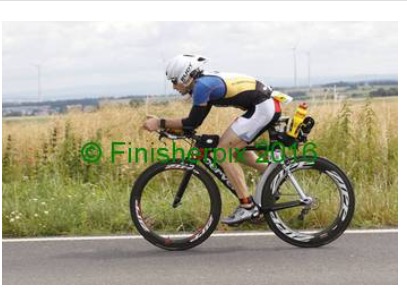 Transition is slow as there are no wetsuit strippers, and I make a full change of clothes, trading a couple minutes for warmth during the first hour on the bike. Six-minute transition.
The bike route requires a 20km ride on motorway from the lake to the race finish where the first of 2 x 80Km loops start. The bike course is not renowned to be a fast route because it goes through 6 small villages, some with cobbled paving, on each loop, resulting in lots of turns, descelerations, etc. As a result there are a number of bottle necks, hard braking and accelerating from zero. And three major climbs, very steep, on top of rolling terrains. 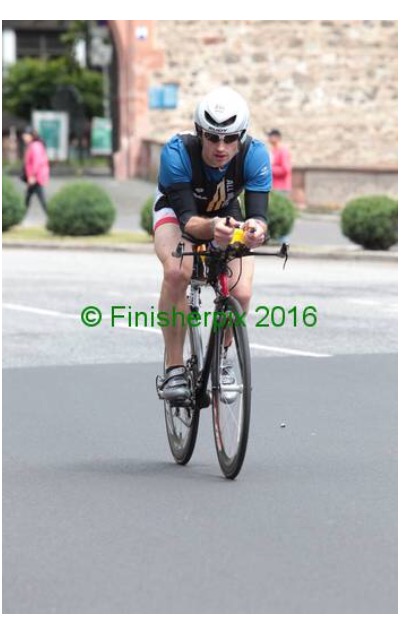 I stick to my target pace for the first loop, which is to ride below 5h30. The first half of the loop is a mix of fast sections, and slow paved or uphill sections that break the rythm. On the return part, the wind picks up and it is definitely more rolling, and still a lot of drafting going on. Last part is the famous hill of Bad Vilbel, where thousands of fans line up, cheering and pushing the athletes in a tour-de-france like atmosphere. 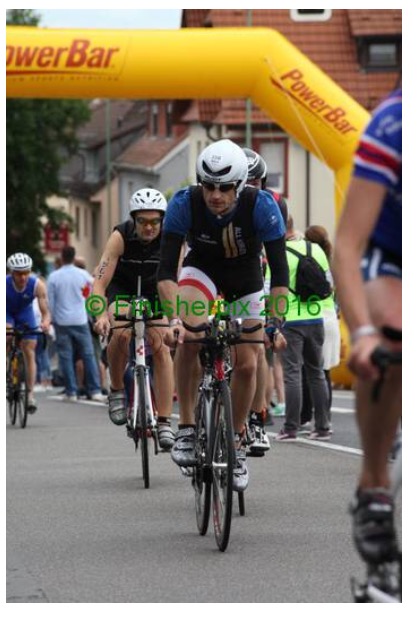 However I have once again trouble with my nutrition, and wait with impatience for my special needs bag at km 100. I stop one minute to eat my sandwich, as I really need to put something in my stomach. I also discard the powerbar “iso” drink for diluted coke, easier on the stomach. I manage to get a couple of half bananas on loop 2, but my pace drops. I feel I need food but nothing seems to suit me at this point. The wind gets more intense, my watts drop. And then we get hit by a storm, rain and wind picks up, which make for a very uncomfortable last section where I definitely drop my pace. I arrive in transition after 5hr42mn on the bike. My shoes are drenched. I hobled into the transition tent, cold and trembling. 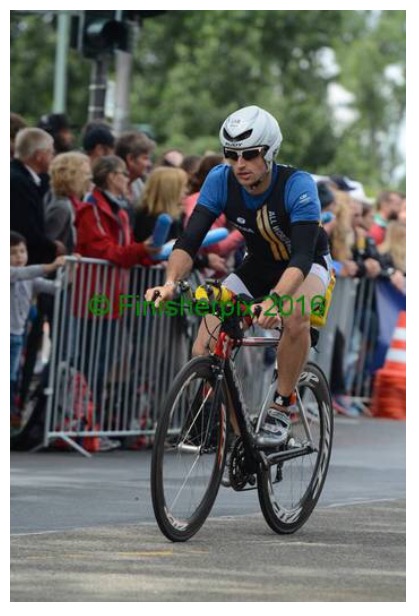 Running shoes on, I hesitate but decide to only keep my tri top despite the rain, as rain is supposed to stop after 2pm. I start the first of the four 10km loops, with a target of a sub 4hr run. 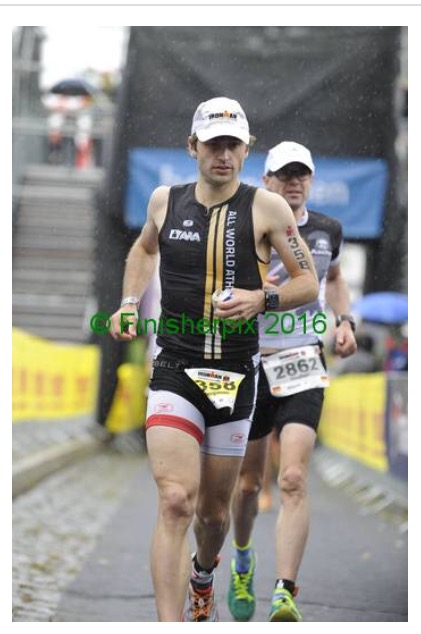 First loop the rain stops and I have coke mainly, pace of 5.20/km and almost everyone is passing me. The level of German athletes is incredibly high. At the end of the first loop they give you a bracelet of different colors depending on which lap you’re at, which also allows you to see who’s where. Second loop is pretty much of the same but slower, I force myself to get a gel while not throwing up, walk a couple aid ststions, get passed by the female winner and the runner-up, and start to realize I won’t race under 11hrs. Rain starts again, which deters some of the fans but we still have the support of a very nice a cheerful crowd, the run is quite “nice” overall (or as nice as an ironman marathon can be I guess). I am amazed by the quality of the athletes here, as I am passed by hundreds of athletes. 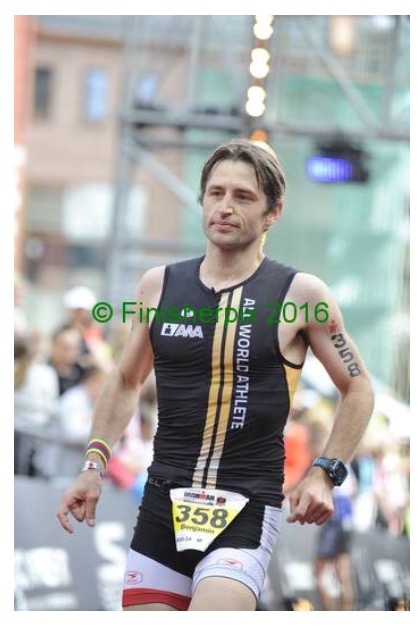 Anyhow lap 3 is already there, a cold and rainy one, where I feel the drawback of only using coca-cola as I start to crash and get sleepy, as I don’t get enough of the stuff. As it is cold I am not thirsty but still forces me to culp down some coke to get calories in. I always have a hard time understanding what slows me down on Ironman runs, and it is definitely general fatigue as opposed to lack of fitness. Here I pay the price of bad nutrition as I try to enjoy the last lap and get to reflect on how tough any of the finishers is, really, pushing through 226kms in tough conditions. 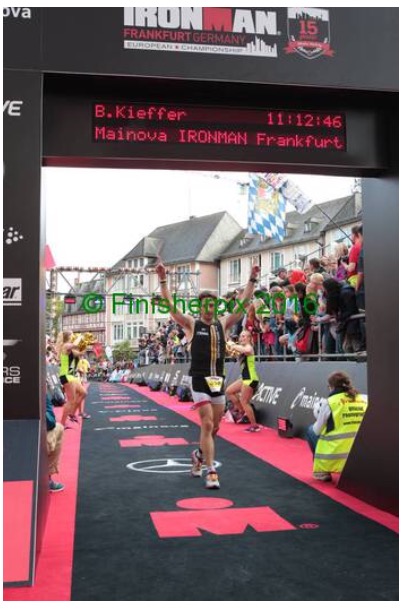 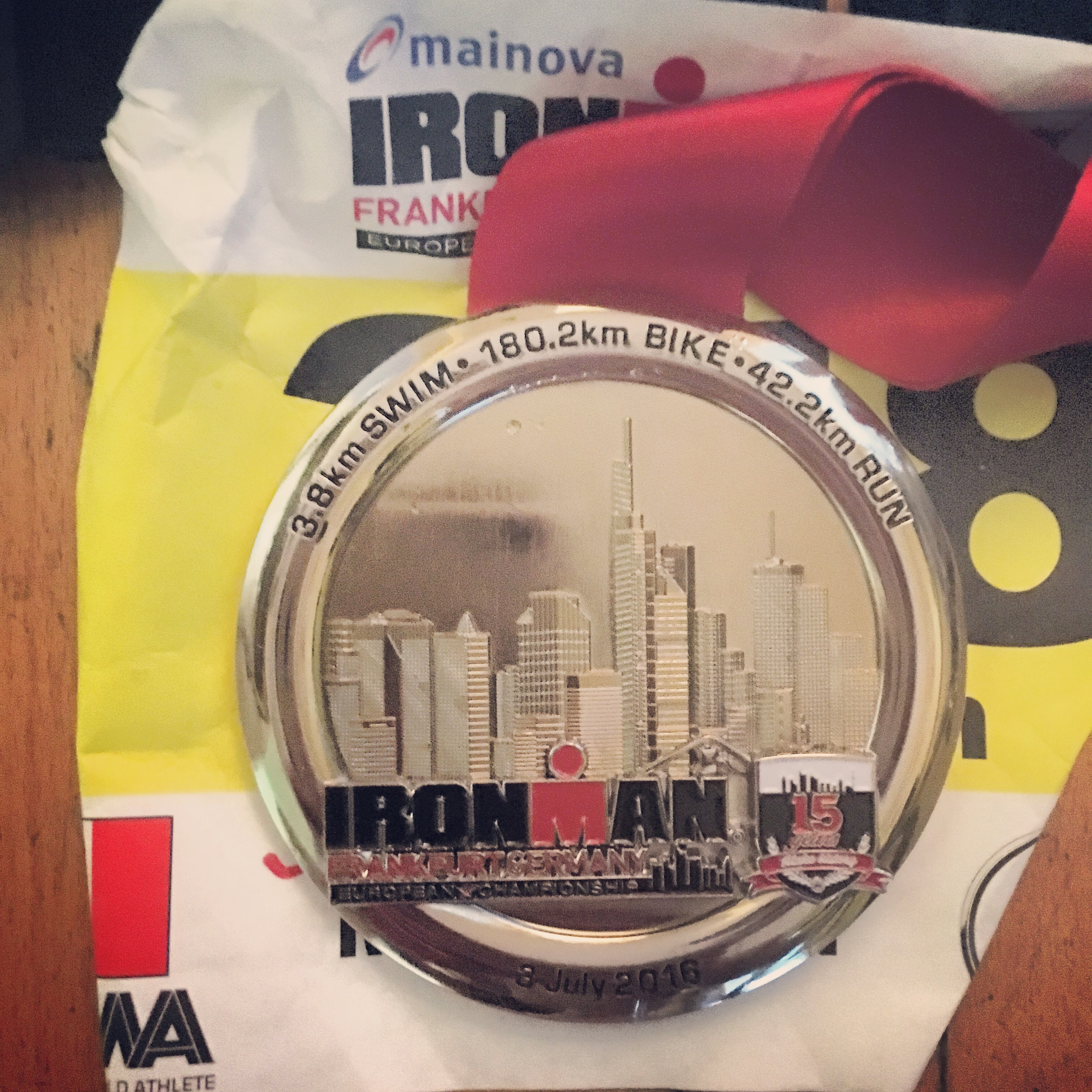 And it is already time to fly back to NYC … 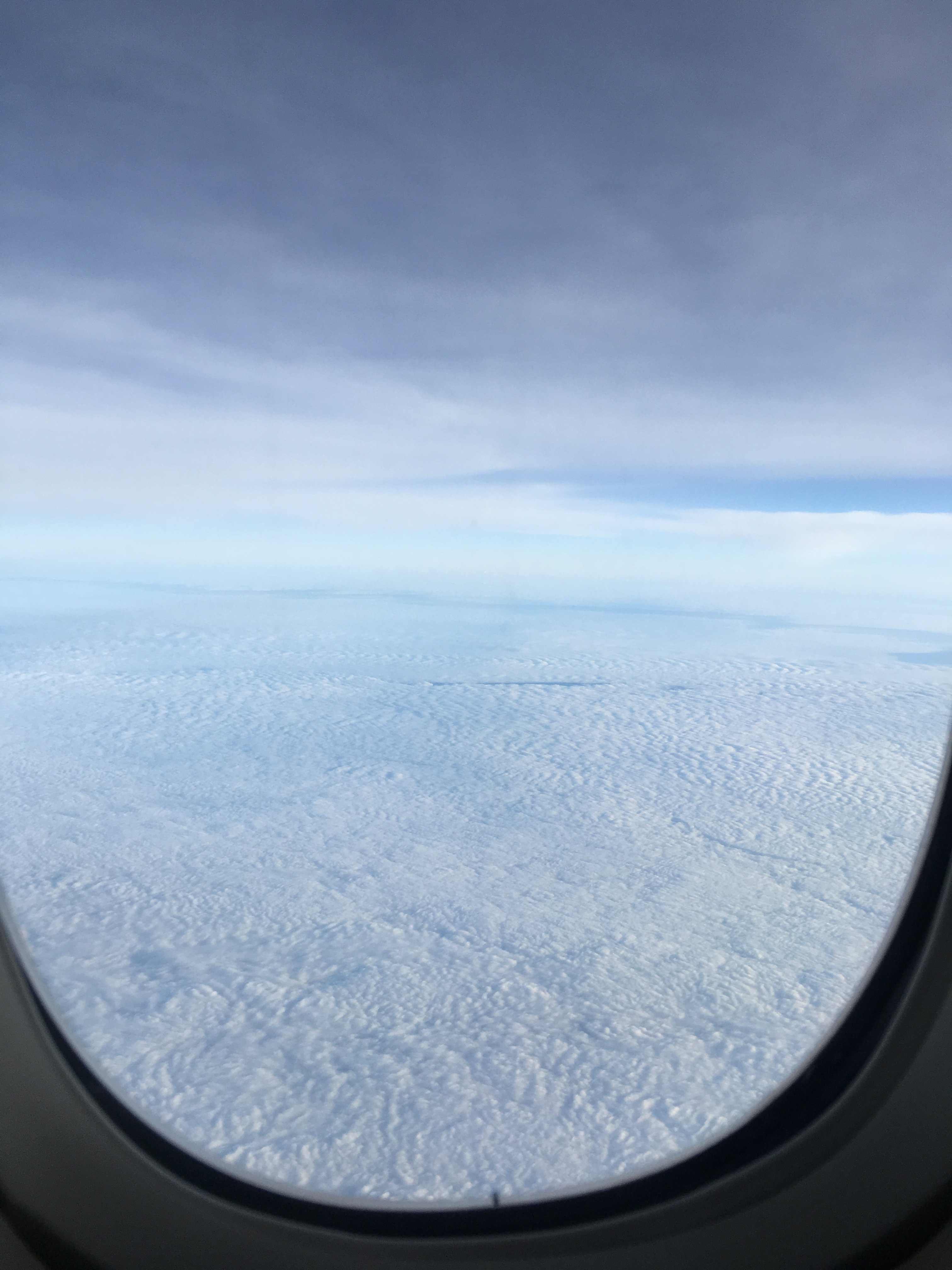